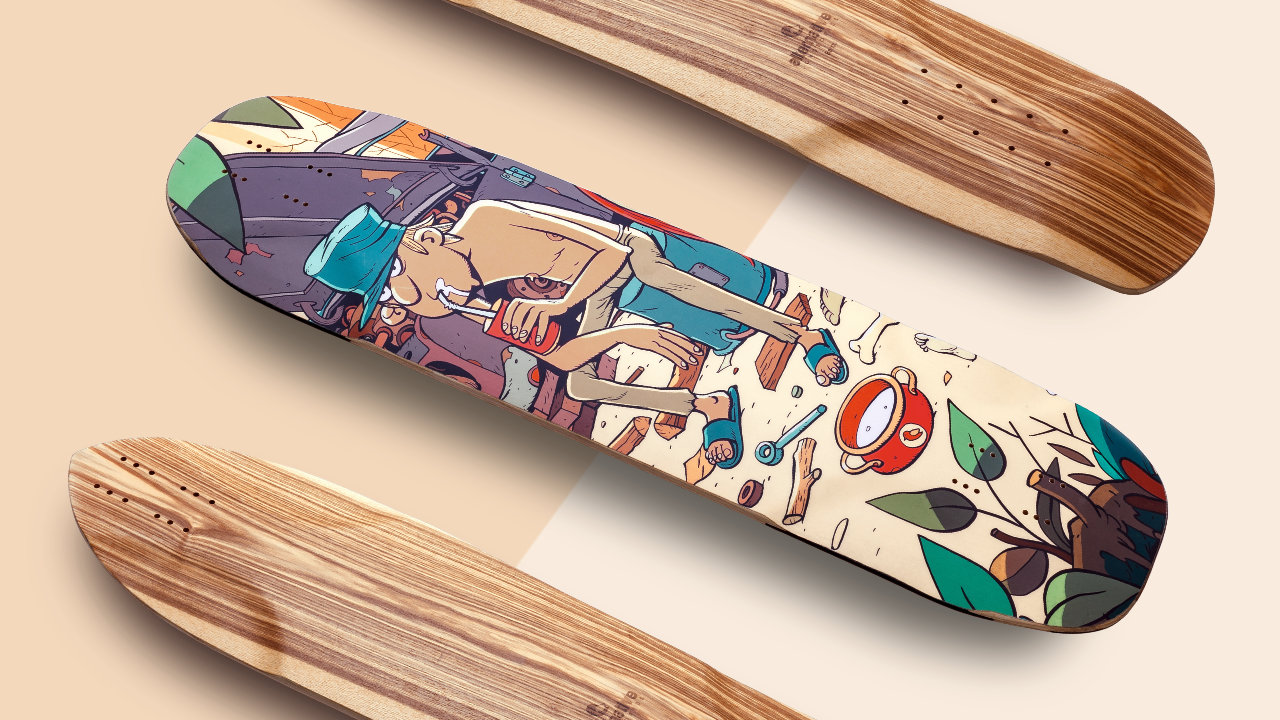 All decks now include an improved construction featuring more responsive flex and a new sidewalls integration to make the decks last longer.
Until this year, Alternative only used the sidewalls protection on their dancing decks but this year almost all of their downhill decks have it as well. The only two decks that are an exception are La Barou and La Barouquette.
Other than that, the new changes include higher kicktails for better pop, slightly stronger concave and the new graphics made by a polish artist Tomasz Leśniak.

In July 2018, Alternative Longboards welcomed to their team one of the best riders in the world, a two-time Red Bull No Paws Down champion Patrick L. Lombardi and developed a longboard deck according to his specifications.


Related: Alternative Longboard’s Patrick L. Lombardi wins Red Bull No Paws Down 2018
Unfortunately, in September last year, Patrick had a bad accident and had to undertake surgery which set him off the 2019 season. He is expected to recover and get back on his board only after this year’s season. In the meantime, his deck will have to be promoted by other Alternative team riders.

The Lombardi PRO longboard deck for downhill and freeride features a wider platform to accommodate riders with bigger feet sizes. It measures 25cm (9.84”) in width and 93.4cm (36.77”) in length, including the kicktail and a slightly upward curved nose. Next to the Fantail, one of Alternative’s most popular decks, it is the most versatile deck in the line up right now.

The price for the Lombardi PRO decks is 190,00 Euros via Alternative Longboards website.

The biggest difference between the decks is that La Barou has a fully functional kicktail and measures 91 cm (35.83″) in length while the La Barouquette features a fishtail design and is 77.47 cm (30.5″) long.
The price for both is 190,00 Euros.
Check out all Alternative Longboards 2019 decks via their official website.