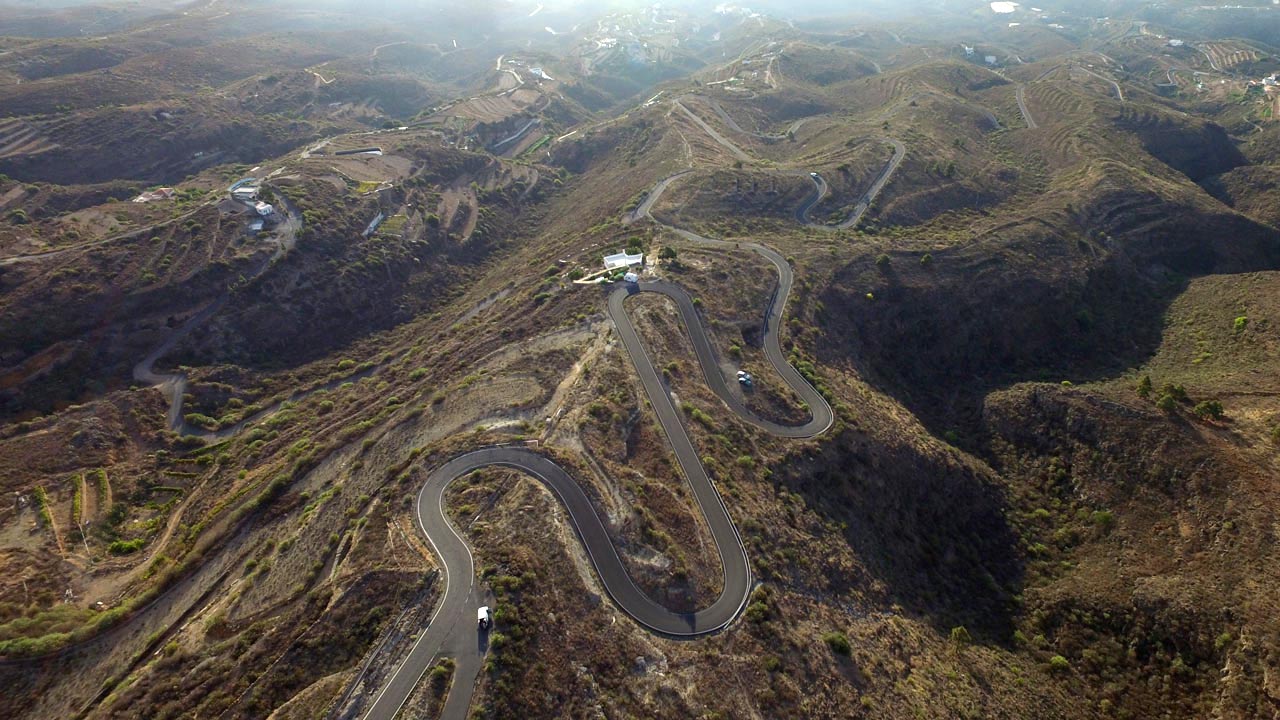 Due to having different ways of thinking we decided that the best thing was doing the event again this time on our own. Last year I was one of the people that worked a lot to make this event happen. Together with Álvaro García, another rider from the Sliders Crew, we contacted every local business that was involved (and also the ones that ended up not being involved) and closed deals with the majority of them. But mostly getting formal authorizations with the Townhall, which was also one of the hardest parts last year. ~ Martin Diaz

Well besides Tenerife being a volcanic island, its climate and summerish weather appeals to many skaters from around the globe who made it their winter skate escape, leaving large amounts of thane and stoked vibes on the island.

Before Arico – El Bueno the native events on Tenerife were smaller and more local, in the form of slide jams and ”lurking sessions”. Martin further explained that one of the reasons why they decided to organise the freeride is so that everyone has a chance to skate a closed road and practice without risking their lives in any other random Tenerife road.

This is made by us, a bunch of -local- skateboarders mostly from different parts of the world, looking forward to change a bit the current situation with Downhill Skateboarding here and work towards having more opportunities of skating our home island, without having trouble with the Police (as you may already know, skateboarding open roads in Spain is illegal). ~ Martin Diaz

The 2018 edition of the Arico – El Bueno freeride will bring a few changes, while some things will remain the same.
Last year’s event took place mid March, but this year it moved to the beginning of April, with a 4 day freeride from the 5th to 8th of April.
The 2.8 km long road with a maximum speed of 70 km/h and 14 hairpins remains the same and so does the event schedule. The skating will start at 9:00 in the morning, until 14:00 , followed by a two hour lunch break and continued at 16:00, finishing at 19:00 in the evening.
One of the changes for this year’s edition is also the overall price. While last year the price without accommodation was 250 EUR for five days, this year it’s set at 185 EUR, for a total of four days. From each registration 15 EUR will be donated to James Kelly’s Skate United project for refugee kids.

There will also be some changes in regards to the food and accommodation. Due to some unfortunate misunderstanding between the owner and the personnel who took care of the booking last year, the Ecovillavclub got overbooked.
However, the crew still thinks the place is great and know it can host 80 people comfortably. They also took care of alternative accommodation to fix last years experience with two backups. One will be the Sliders House in Marazul with 20 extra spots. The second one still needs to be officially confirmed, but the guys are on it.

Anyways we expect about 80 riders, but the limit will be 120. The second accomodation is still to be confirmed, as we need to choose wisely between the options that we currently have. ~ Martin Diaz

As mentioned above, the price for the freeride is 185 EUR, but the price for accommodation is 30 EUR extra for three nights (10 eur/day extra nights), which the riders will pay at arrival to the Ecovillaclub.
Martin and Álvaro also took care of a new food truck to be present at the event, which also provides vegan and vegetarian meals. He also provided a tip for skater who plan on coming to the event:

The thing is that in Tenerife the distances are -different- and unless you are in a very crowded area, you should make every visit to the supermarket count, Arico is obviously not a crowded place and neither is Abades (where the EcoVilla is located).

The Sliders Skate House already opened the registration for the 2018 Arico – El Bueno Freeride on February 18th via their website.