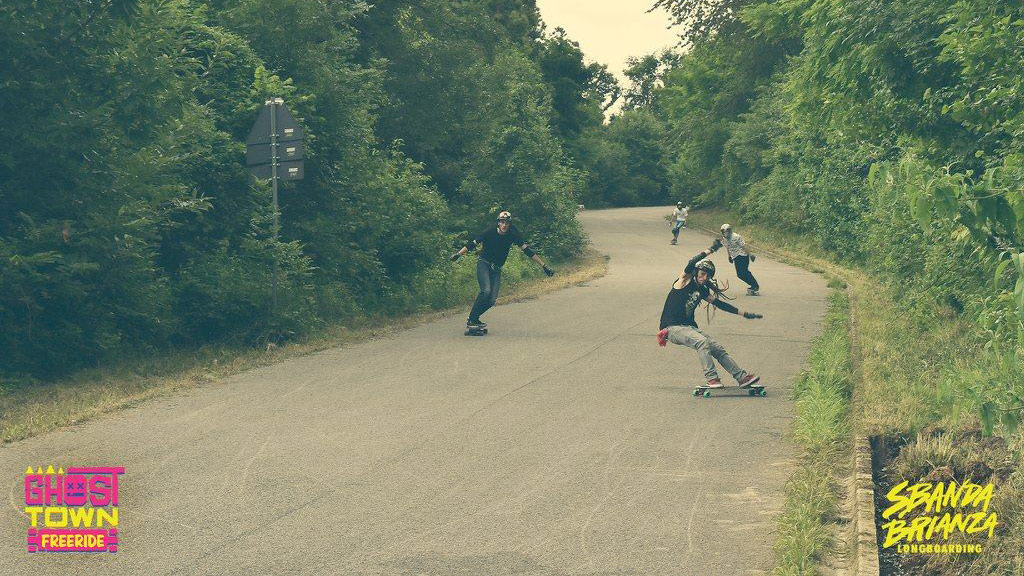 The Sbanda Biranza crew, have simultaneously been working on another exciting project next to the Ghost Town Freeride, that has officially become a success and will stoke the Italian DH community for years to come.
From May 27th 2017, the Ghost Town Freeride track, the Consonno 1.3 km long spot located in Northern Italy, has become the first ever downhill skateboarding designated road officially permitted by the authorities.
This means the Sbanda Brianza, with the help of FISR (the Italian Roller Sports Federation) and Comune di Olginate, have sucessfully created an environment where one is able to practice DH skateboarding legally.

The spot is located in Consonno, a little town not far from Lecco and Como Lake, where skaters will be able to ride down its access road in a safe environment, as it will now be specially closed to ordinary traffic. Sbanda Brianza

Consonno has been, in their words, a long time reference spot for many Italians skaters and thanks to the commitment and passion of the members of Sbanda Brianza and of Comune di Olginate, whose administration has seen the benefits in promoting longboarding, the abandoned town of Consonno will now once again come to life.
Skating on the Conconno track will be permitted only on Saturdays for either Sbanda Brianza members or members of FISR. All of the rules of engagement will be posted on the Sbanda Brianza website.

There you have it, the first official longboard track in Italy, kinda awesome isn’t it?
We applaud everybody involved in this initiative and hope to hear more awesome news like this from all over Europe.
Skate on!