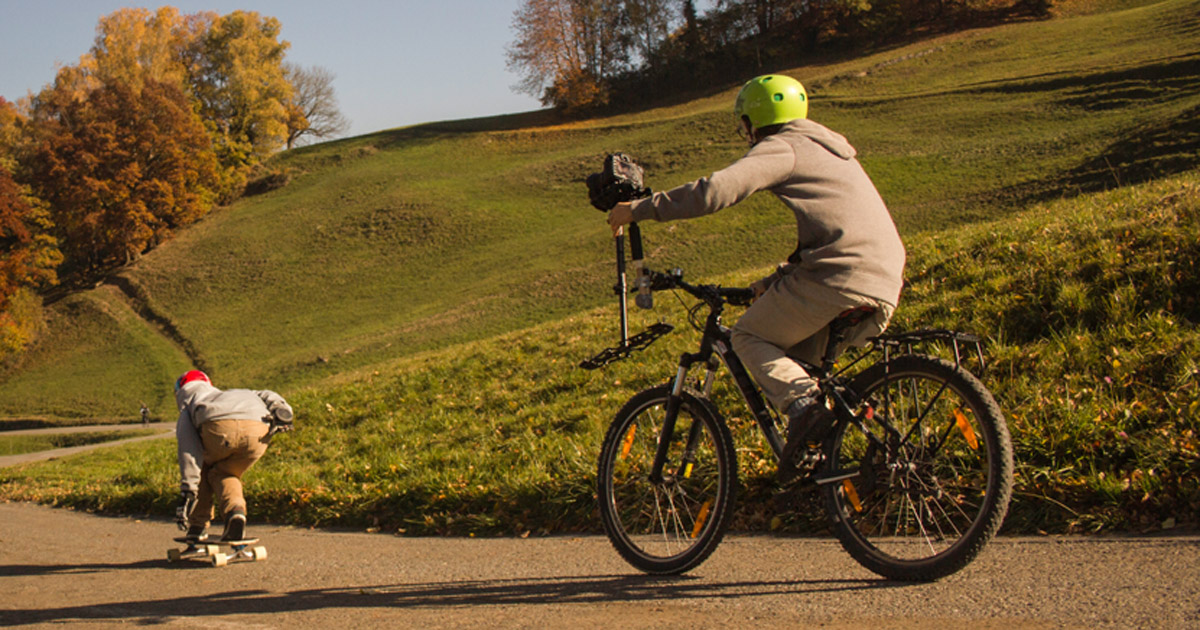 About a month ago, Ferdinand Mohr shared with me a video filmed by his brother Alexander Mohr, featuring him and his buddies Stefan Reinprecht, Martin Schræg.
Rather then full raw runs, which have overcrowded our Facebook timelines in the past couple of years or more, I’m a great fan of “edits” because it takes much more effort to create them and personally I find them to be more interesting. This one impressed me very much.
When I finished watching the video, I was curious to find out more about it because just posting a video without any additional information really isn’t what I’m trying to do here on Longboard Magazine.
So, I asked Ferdinand to tell me a bit more about what went down that day and what I found out blew me away. It might not seam that big of a deal to you (hopefully it does), but to me this was special.
As I was watching the video, I thought that some scenes were filmed with a follow car, but it turned out that the guys used a bicycle in order to make the whole experience safer. How freaking awesome is that!?
I know that to many of you this might be nothing new and for sure it has been done before, but the way this video came out… These guys deserve some respect for sure.
While following and filming a skater down a hill on a bicycle might not be an option for every situation, for example, when skating downhill at higher speeds, this is a great option for youngsters who don’t have a car or a driving licence…or if they want to play it safe.
Hopefully this video will inspire other young skaters out there to try out something similar. For more stoke check out this photo from the shooting.

It all started last year when my brother, Alexander Mohr wanted to film a video with me, but we were wondering how to film, because we were afraid of filming with a car. That’s how we came up with the idea to film with a bike and his glide cam. It was a funny construction, but it worked really well. We went to spots all over Vorarlberg (Austria) and Liechtenstein. Big thanks to my brother and of course to the community! ~ Ferdinand Mohr