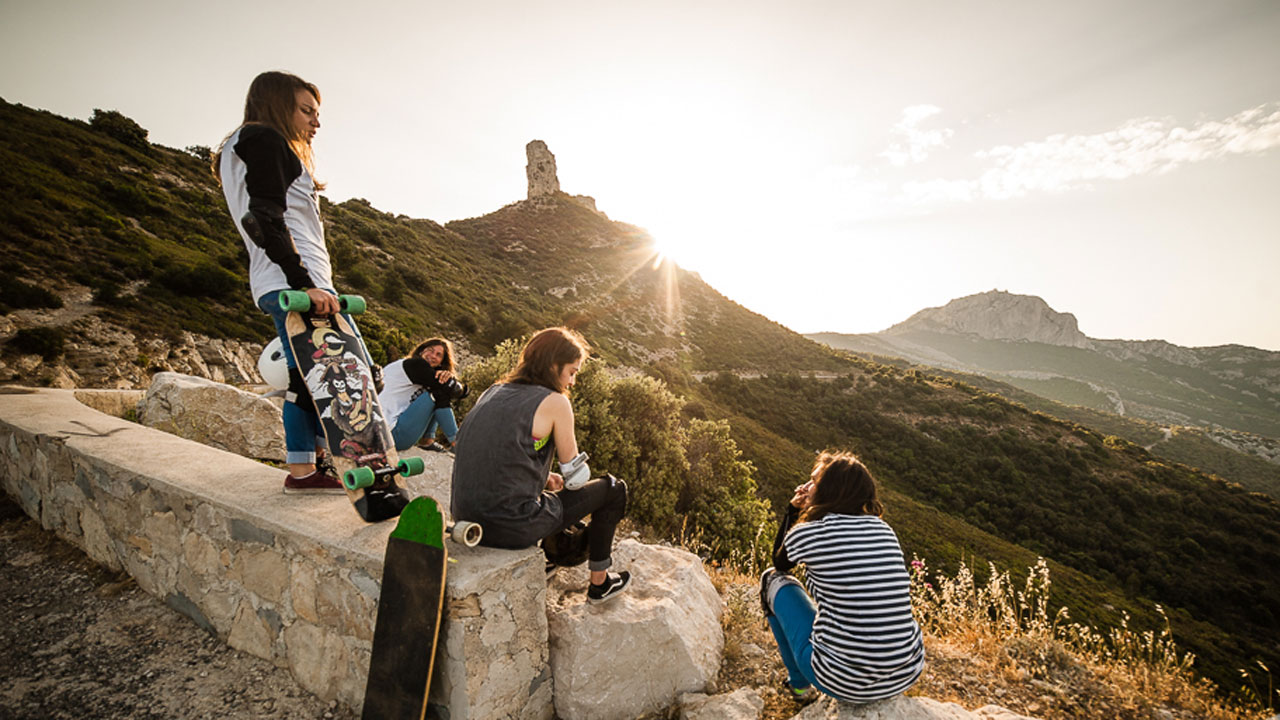 In June, the French Longboard Girls Crew found themselves filming a new video called French Girls Going Down. The filming took place on Espigoulier Pass, located near Marseille, France.
Anne Poursin, Marjorie Roméo, Lyde Begue and Laure Descloitres took two days off to skate a giant corkscrew road. Meanwhile, Augustin Joan-Montes from AJ Médias captured their motion and me, Alban Pernet documented their adventure with the lens of my camera.

This trip was an opportunity to appreciate the fast and feminine style of the girls riding, who are always happy and smiling. Even after two day of non-stop runs under the hot sun of Southern France.