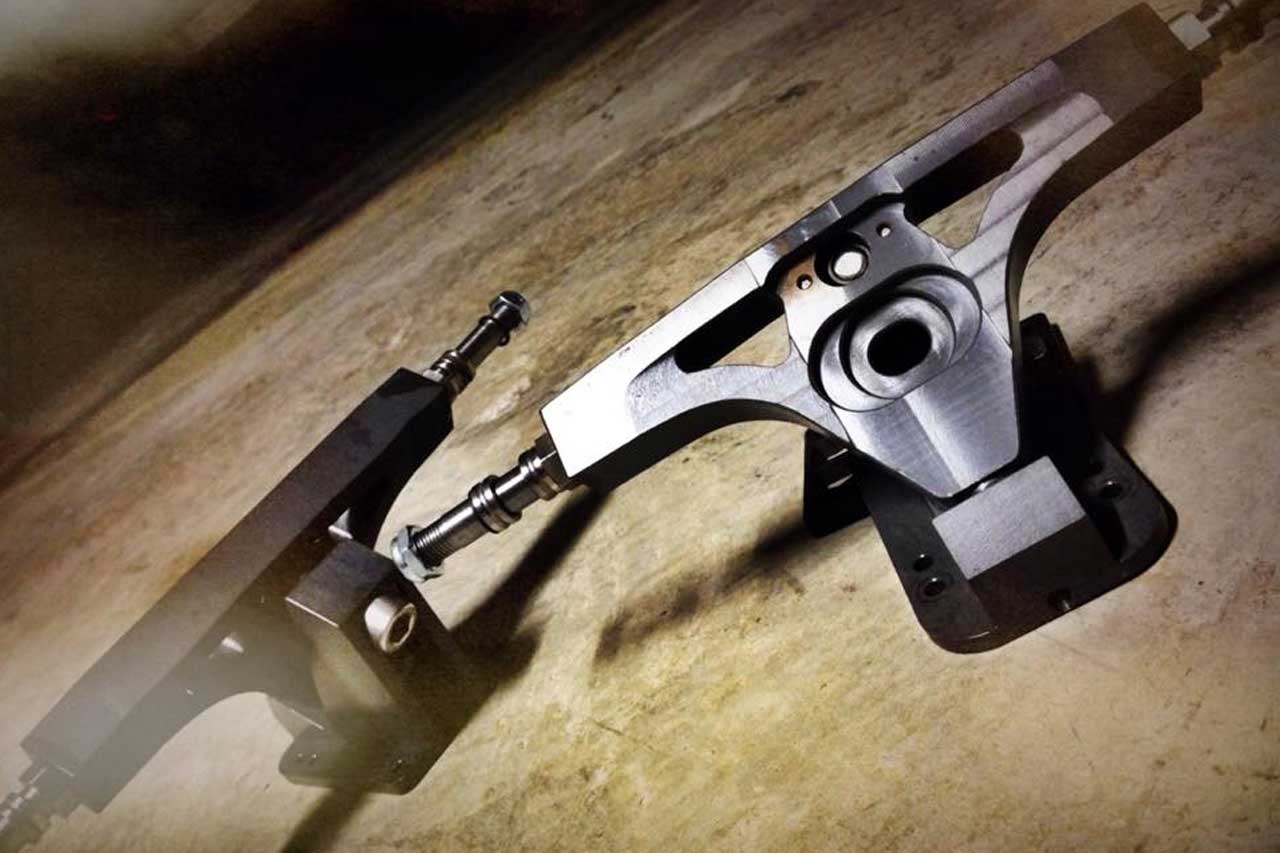 I met Mikel Echegaray Diez for the first time in 2011 at Kozakov and we both immediately noticed how alike we think about luging and racing, even though he was Longboardalm luge team‘s and my biggest rival on the track.

From then on, the Spanish crew visited me at my place in Austria, Mikel and I travelled the 2012 Euro tour together and I visited him in beautiful Donostia in the Basque Country. During this time, we became really good friends and our friendship still goes strong.

At that time I also got the GUGA Black Lotus trucks for my street luge. What an eye opener!
I never thought that I could ride lines like that, with tons of grip. One of the main features that makes this truck one of my favourites is the second pin which holds the hanger in position. They also feature the adjustable hangers (175 mm, 185 mm and 195 mm) with 10 mm axels. Baseplates are available in 40, 50 or 60 degrees.
Read through to find out more about the GUGA trucks, the people behind it and Mikel’s Pro Model, the Black Lotus,  from the man himself.

Hi Mikel! Tell us a bit about Guga Trucks and how you guys came up with it.

For sure. So, the Guga trucks is being run by a slalom-downhill rider Inigo Amuchastegui and myself (Mikel Echegaray). It all started as a small project of developing a truck that would originate from the Basque country and would take in count all of our experience and riding skills.
We wanted to create a stable and grippy truck and we created the first model “Sustrai”. After this one we noticed that 205 mm truck was too wide for skateboarding and we decided to build “The Fugu”. This is a spacebar 172mm truck with the same technical aspects as the “Sustrai”.


With the help of Asier Esnal, who joined Guga to help us develop “The Slalom Series” trucks we built our slalom specific truck. We made it with a spherical bearing on it to avoid the slop problem.
I noticed that this could be a good idea for a street luge specific truck. And we did it. We applied a geometry truck similar to Randal’s, with the spherical system and spacer-able. That is Black Lotus.
The Black Lotus comes from a mixture of some parts of other trucks that we like. Based on Randal Comp truck with a good bushing seat, spherical bearing…spaceable.

What was/is your part on the development of the Black Lotus?

I had the main Idea of doing a Randal based truck, because Randal has been the best truck for street luging. I wanted to put the second kingpin on it to get more grip and more precise turn. Asier Esnal was the guy who designed it and gave it the main technical ideas.

Why did you decide to use 10mm Axles on the Black Lotus?

Because 10 mm axles are stronger than 8mm, especially when you want an spacer-able truck.

Guga Trucks are not sold in stores, how can one buy them?

We are not actually selling the trucks. Making this trucks in Spain in small series is very expensive. We are only selling them at production price to close friends and riders we know. Actually, we are not making any money from this project.

What are your future plans for the Guga trucks and your racing season 2016?

We are gonna make a very small series of trucks and we will see what happens. Regarding the racing season, the main idea is to race in North America, Europe and maybe South America.
That’s great Mikel. Thank you for chatting with me.
Last year we made a video overview of Mikel’s street luge setup, check it out.

There you have it folks. I suggest you give the Guga trucks a try if you get the chance. If you’re interested to find out more about the Guga Trucks and Mikel, follow them on Facebook:
Guga Trucks on Facebook
Mikel on Facebook.