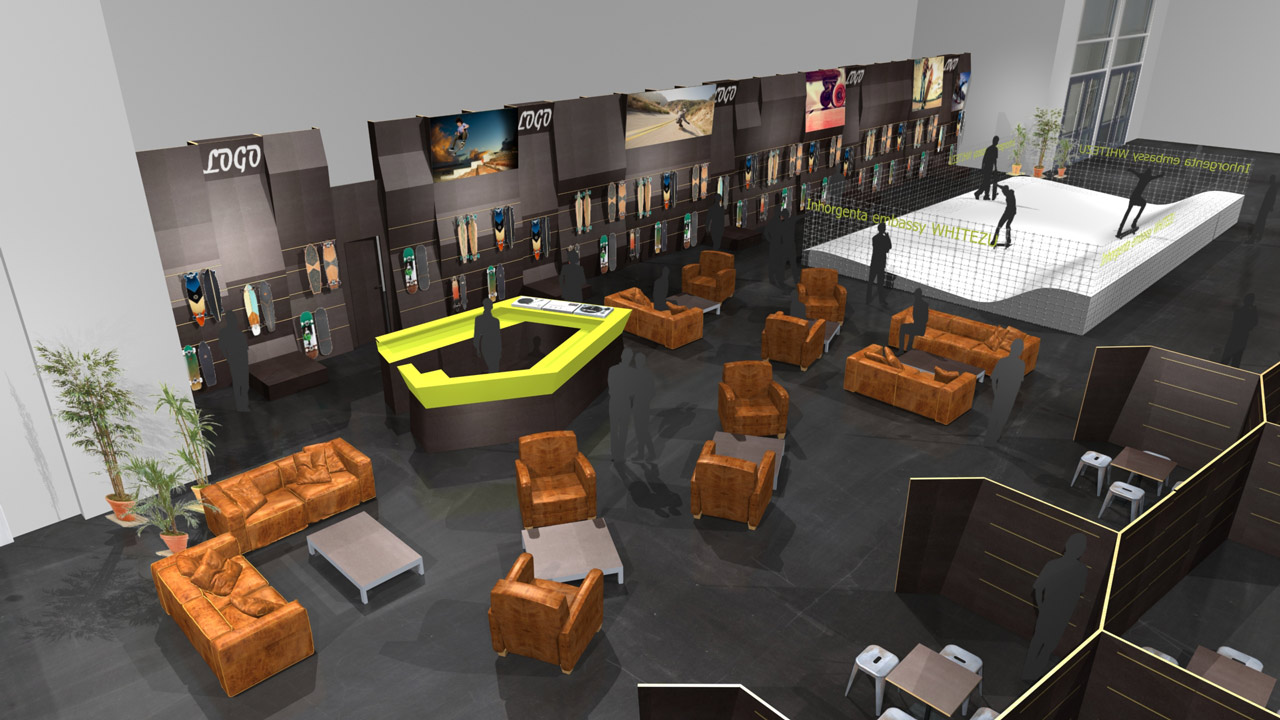 We’re now less than a week away from ISPO 2018, Europe’s biggest international sports trade fair in Munich, Germany. Once again numerous longboard brands, manufacturers, distributors and fellow action sports exhibitors will be gathered on the floor of the 6th Longboard Embassy in Hall A5, organised by 40inch Longboard Magazine.
This year’s Longboard Embassy will host over 50 longboard and skate brands from all around the globe. You can see the list of all exhibitors who have confirmed their participation on Longboard Embassy’s Facebook page or on the photo below.

Besides organising a place for exhibitors to present their new collections, 40inch also made sure to keep visitor entertained with a Whitezu 12 meter long wave system, a surf skating workshop with Matteo Tontini and his crew and performances by Ben Blaskovic on Sunday night and Eddie Booze on Monday.

Join the fund raiser for Philippe and Esther

40inch will also organise a fund raiser for Philippe and Esther who were diagnosed with cancer and need financial support in order to get the drugs they need and trust.

As a surf and skate magazine, we have created a platform that is about the fun of life. However, there are more important things than surfing or skating. Things that could change our lives in a moment. In the positive as in the negative way.
It is shocking when acquaintances or even young people get cancer. You can not do anything about it. The diagnosis appears like a thunderbolt. That’s what happen to Philippe and Esther. Both talented, both super positive and both have changed their life because of the disease.
In addition to the disease, a financial ordeal began for both of them. Medicine that is not manufactured and promoted by the pharmaceutical industry is not payed by the health insurance fund.
In particular, the active substance THC, is only prescribed in certain cases. If you trust it and know that it helps, then this does not necessarily mean that the insurance company covers the costs. For Philippe and Esther it means somehow finding the money for the drugs.

Visitors can help raise funds for the cancer treatment of Philippe and Esther simply by bringing a few beers from their home region.  The Longboard Embassy bar will sell the beer, while the price will be determined by the buyers. One euro of every beer sold will go to the cashier and the rest will be donated.
We also plan on bringing a few Laško’s to help out and of course drinking a beer or two while we’re there.
Last but not least, 40inch is also planing a little surprise, so be sure to bring your street skate along with some beers to Hall A5.
See you soon!