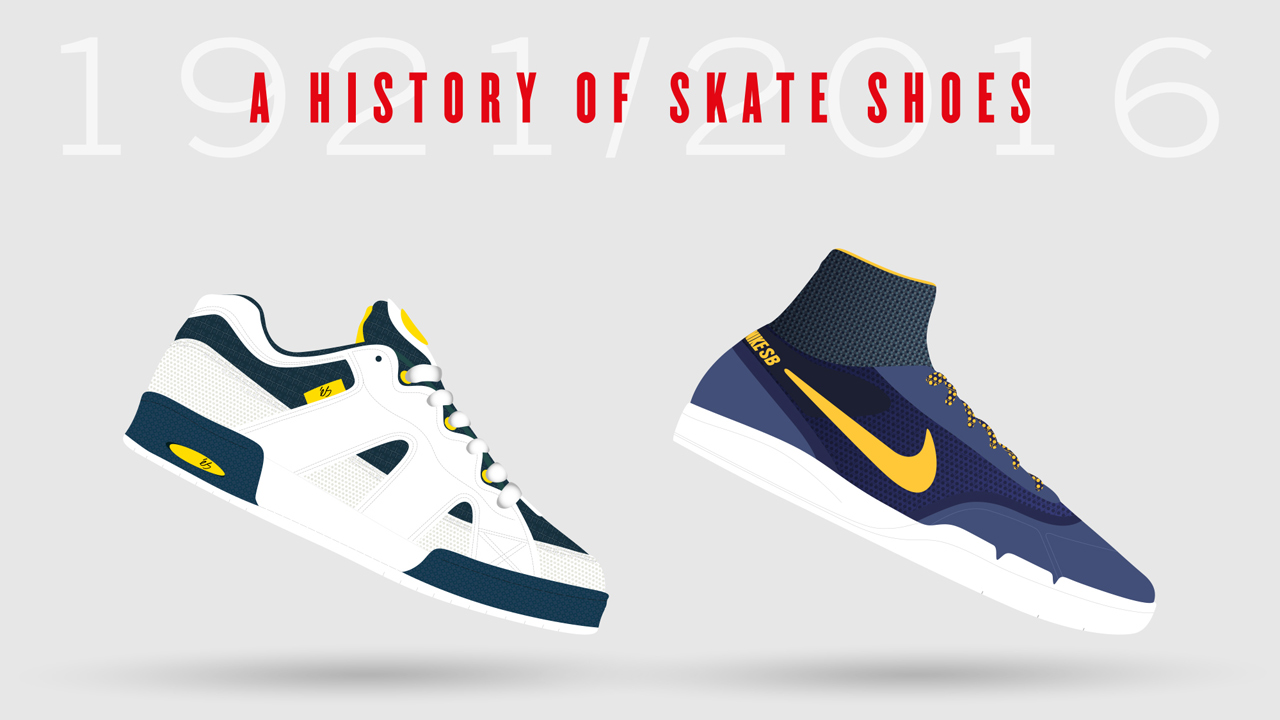 Certain skateboarding shoe designs defined skateboarding. It’s through particular designs that you can chart the history of the sport itself; from the early days of the multi-purpose Converse All-Stars to the highly-specialised Nike SB Koston 3 Hyperfeel.
It’s not just the names that became more elaborate. When the Randolph Rubber Company, a small, Massachusetts-based outfit, created the Randy 720, the first ever purpose-built skate shoe, it would signal the beginning of the race to design the best skate shoe.
50 years later, the pinnacle of skateboarding shoe design comes from multi-billion dollar companies, by way of years of innovation, testing, the input of professional skateboarders and amateurs alike, and pure experience. Whilst the sport’s popularity has ebbed and flowed, a loyal community has encouraged the evolution of tricks, boards, technology and, of course, shoes. Sock-like collars and new, more versatile materials show us the industry’s development.
Simple Footwear’s History of Skate Shoes charts how we went from the 720 to the wild aesthetics of the Osiris D3, and everything in between. As skating developed its own specialities, shoes followed suit; DC’s collaboration with big-air specialist Danny Way being a great example. A 10-foot drop out of a helicopter onto a ramp propelled not only himself through the air but DC’s global profile through the roof. Similar celebrity skater endorsements fuelled design inspiration.
Reinforced mid-soles, high-top ankle support, big-air modifications, vulcanised rubber soles, varied lacing technology… what happens below the surface is just as important as what happens above. The variety of visual design is testament to the diversity inherent to skateboarding culture. Wild colours and patterns serve as expressions of the influences within skateboarding, and the popularity of skating shoes in culture in general is just as telling.

4 thoughts on “Killer Kicks: A history of skate shoes”