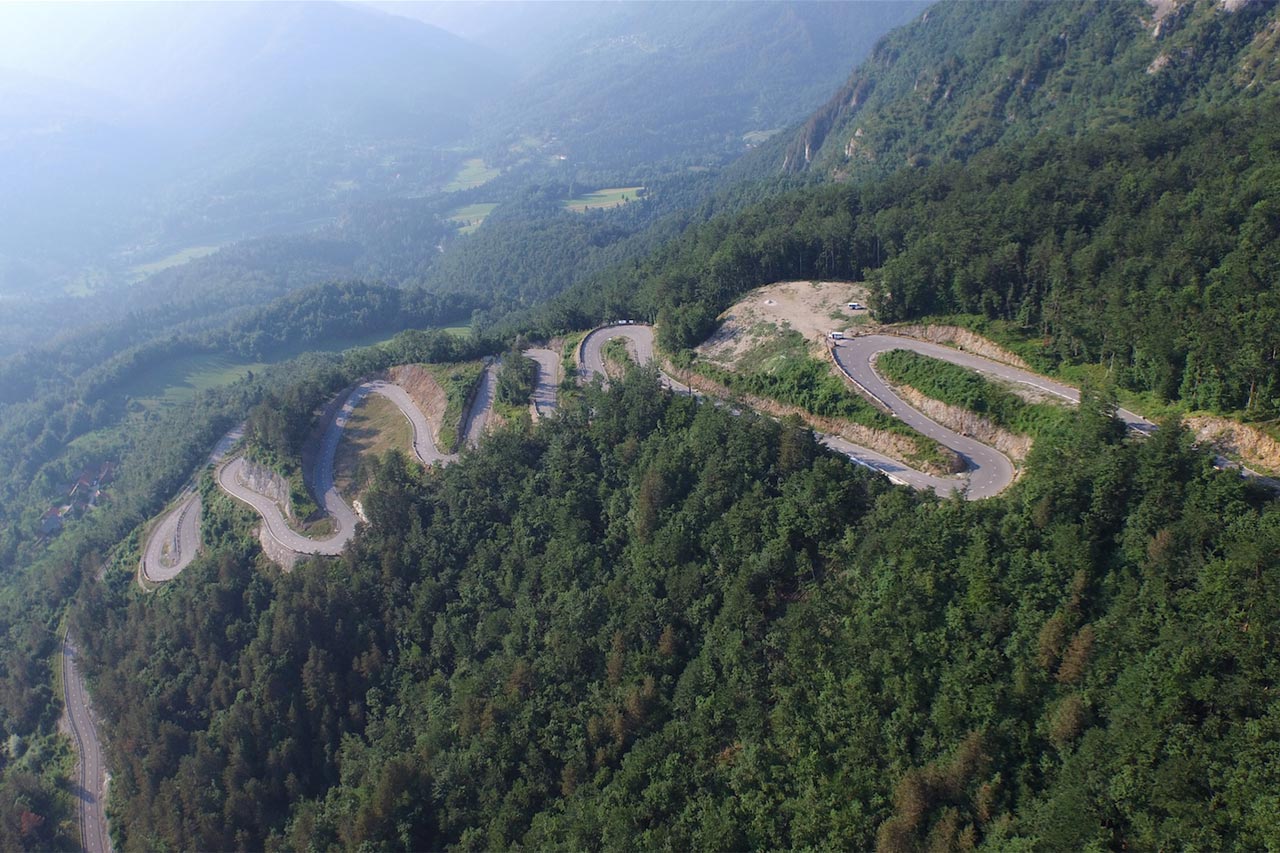 The first KnK Longboard Camp was organised back in 2009 and has been setting records as one of the most “talked about” freerides in Europe since it was moved to the Bear’s Guts track in 2011. This year’s KnK Longboard Camp presented by Kebbek Skateboards returns with two six days freerides, including the Red Bull No Paws Down race at the first and the Cult Single Set Survivors race at the second week.

Before I get started with all the event details, I want to say a huge THANK YOU to everyone who had fun with us at Bear’s Guts so far and everyone who is joining us for the first time this year.
When we organised the KnK for the first time in 2009, I never thought that it will become a worldwide recognised freeride with such a big impact on the European downhill skateboarding community. This would have never been possible without the awesome people like yourself. So, thank you very much and I’m looking forward to see you all very soon 🙂
This year’s KnK Longboard Camp 2016 presented by Kebbek Skateboards will once again be a BigMountainSkate partner event and if you’re joining us for the first time, here’s all of the event details. Just in case if you have any questions left unanswered, write them in a comment section below and I will reply as soon as posible.
Ok, let’s get down with it 🙂

About the Bear’s Guts track

There’s a good reason why Bear’s Guts is one of the best freeride tracks in our part of the World.


Gallery: Aerial shots by Felix Rupitsch and Florian Wagner.
KnK Longboard Camp features a 4 kilometers long road carved into a beautiful mountain in the wildest part of Slovenia, near a small town called Osilnica. It’s packed with 18 hairpins which are up to 10 meters wide, so there’s a lot of room to play around with your slides.
The Bear’s Guts has one of the smoothest pavements you’ll find around and there’s no pavement changes from start till finish, which makes it great for learning and improving your freeride skills. The top speed you might hit on the Bear’s Guts is around 80+ km/h and the steepest grade is 14 percent.

The Bear’s Guts is a very demanding track, but beginners are also welcome to join us. You’ll need to know how to perform at least one slide to get down the Bear’s Guts “safely” and you’ll have 6 days to learn the rest. The main idea behind this event is to be able to skate that amazing road for a week and progress as much as you would in a couple of months of shredding your local spots.

At KnK Longboard Camp, a leather suit is not required, but it’s highly recommended for beginners. The only required protection gear is a full-face helmet and slide gloves. Although the knee and elbow pads are optional, you might want to consider wearing them, as well as a back protector.

There are two editions of KnK Longboard Camp each year. The huge track, experienced crew and flawless organisation allows KnK to take in 250 riders per event (week).
Camping is included in the price and you’ll need to take care of the food and drinks yourself. Registration has already started, so make sure to join while you still can.


As I mentioned, camping is included in the price, as well as the warm showers and toilette facilities in the hotel. If you want to rent a room, you have to book it early via the Hotel Kovač website.


Gallery: Aerial shots by Felix Rupitsch and Florian Wagner.
You can rent a single or a double room for around 30 to 35 Euros per night or a bed in a dorm for 18 Euros per night. If you’re traveling with a camper, you can hook up to electricity but you’ll need your own cable.

You’ll need to walk only 5 minutes to get to the nearest and only store in the village where you can get some food for breakfast. That’s a great alternative to a bit more costly offer at Hotel Kovač, which is usually 5 Euros for all you can eat (sausages, fried eggs, yogurt, pancakes, toast sandwich with ham and cheese, fresh fruit, croissants, coffee or tea, etc).

At KnK the track runs from 11am till 6pm without stopping, but you can take a break from skating and get your lunch at the start (on the track). You can choose from grilled meat, kebab, falafel and similar and the prices stretch from 3 to 4 Euros.
After a full day of skating, you can have a dinner at the Hotel Kovač for a discounted price of 6.5 Euros. You’ll be served with a three course meal (soup, salad, main meal and possibly a desert). Vegans and vegetarians are covered as well. While you’re at it, you can also grab a cool beer for 2.20 Euros.


How to pack for KnK Longboard Camp

Since KnK Longboard Camp is a six days long event, you’ll have to pack a bit more stuff. Usually it gets hot up on the track and you’ll sweat a lot, so make sure you have enough t-shirts, socks and underwear – at least two pieces per day.
Pack a sweater for the evening hangouts at the party place too. Nights are not cold, but there’s a lot of humidity in the air. Weather got a bit sketchy in the past couple of years, so you might want to pack for the rain as well. Just like for Alpenrauschen, I’ll grab an extra pair of shoes.


Don’t forget your swimming suit, because there’s a nice river flowing next to the campsite where you can refresh yourself in the morning and show off your water jumping skills in the late afternoon. I would also recommend to have a gazebo tent if you want to enjoy some shade in the campsite since it’s placed on an open field.
Other than that, if you’re camping, you’ll obviously need your own tent and other camping gear, like a flash light, sleeping bag etc.

This summer at KNK we’re proud to announce that Rob & Maga McWhinnie are coming back to Bear’s Guts with their bad-ass Red Bull No Paws Down race.
Racers have to make their way down the steep twisting track using stand up slides for braking. With hairpins & speeds up to 80 Km/h (50 mph) it’s truly a show of skill & nerve from riders from all levels. If you put your hands down, you’re out!
The race will be held on July 30th (the last day of Week #1) and during the race freeride will run as usual, so even if you’re not racing, you’ll still get a full day of skating.

The last year’s champion Ian Freire is coming back to defend his title, as well as Dominic Schenk who placed second is already registered for both weeks and ready to take home 1k Euros prize money.

Doesn’t it suck when you race and don’t have enough wheels to change them every run, but others do? For sure it does. That’s why Nadim and I decided to organise a fun race where riders are allowed to skate the whole race with only one set of wheels of their choice.
A big thank you goes to Cult Wheels for supporting the idea and sponsoring with wheels. Racers will have an option to get a set of Cult wheels for a small fee of 20 Euros which will contribute towards money prize fund. Whether they’re going to use the Cult or some other wheels for the race, it’s totally up to rider’s choice.
Last year Matt Elver swept the first place with the longest board on the track, the Hackbrett Wasser. Here’s a video of the final run shot by Alexander “Alextiki” Frischauf.

A big THANK YOU goes to our partners as well.

We will share more cool stuff about Kebbek KnK via our Instagram profile @longboardmagazine.eu. Stay on track with us on Facebook page Longboard Magazine, and of course, the KnK Longboard Camp event page.
That’s it, folks! I’m looking forward to see you all soon on the Bear’s Guts!