Skip to content
Home » A Cup Of Stoke » Life after deck: Why you should give your old board a new purpose 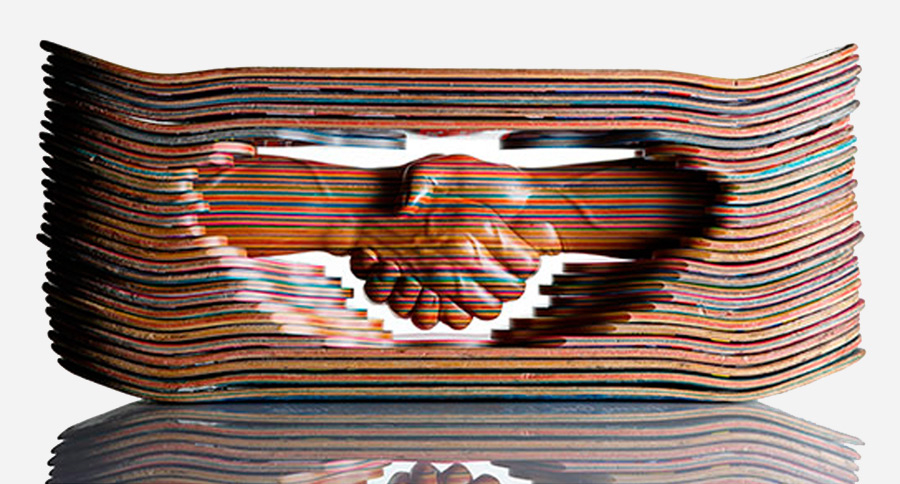 Skateboarding is a sport that is all about pushing the limits, where serious boarders are always trying to break into new territory with their stunts. But the pursuit of new frontiers can put a lot of stress on both the body and the board, with one major difference: a human can recover from a fall, whereas a skateboard can’t.

After suffering a serious bail, a board is usually irreparable and no longer in a good enough condition to be ridden on a day-to-day basis, leading many people to simply throw them away. The same often happens when a skateboard becomes worn out — at least in the eyes of a serious skater, as there is no real need to hold onto something that does not perform up to the high standards that they need.
According to Chasing Green, over 100,000 decks are produced in the USA every month, with the vast majority made from Canadian maple wood. These trees take 40-60 years to mature to the point they are suitable for processing into skateboards, and at the current rate of deck manufacture the unsustainability of this practice is fairly self-evident. It is of little surprise to discover that the skateboard industry is the number one cause of deforestation of maple trees in the world, even outpacing the furniture industry.
Thankfully, one of the new focuses within the world of skating is sustainability, with many skaters and deck companies finding ways to recycle old boards and create new more eco-friendly models. Liam Gleeson, skateboarding expert at Yakwax surf and skate store, strongly advocates giving young boarders a chance to enjoy the sport, even going out of his way to share his old decks with the local skaters.
He said: “I will quite often give my old decks to the younger kids at the skate park. Some of them will have squared off or delaminated boards, so I’ll take two or three of my old ones and give them away for free. My old decks still have a fair bit more skating left in them for a kid, and giving them away means they don’t just get sent to the landfill. I hope the sentiment gets passed on and that some of these kids might do the same kind of thing when they’re a bit older.”

Donating your old board to younger skaters is not the only way you can give them a new lease of life. Art and jewellery made from old skateboard parts are growing increasingly popular, with artists like Haroshi using the wood of old decks to create fascinating sculptures that burst with colour and vitality. He is not alone, with a recent art show called No Comply opening in Toowoomba, Australia that uses old boards to explore the evolution of skate design through the decades. There are also jewellery designers like Thrashion and Sesh who specialise in cannibalising old parts to make new and innovative accessories.
Environmentally friendly boards are also on the agenda, with several different companies taking the initiative to explore new tactics in ecological skate gear. Glide Skateboards and BambooSk8 are both producing decks using more sustainable materials than fresh maple wood — Glide uses reclaimed wood, while BambooSk8 utilises bamboo from managed forests. There are also companies like Comet Skateboards which take into account the bi-products of skateboard manufacturing and use green methods like water-based inks, zero-formaldehyde glues, and renewable energy in the making of their decks. The company also offers a service where skaters can send back their used boards to be recycled into new ones, receiving a nice discount on their next purchase.
With so many new ways of recycling broken and old skateboards, there is little reason why the skating industry can’t move towards becoming more environmentally friendly in the future. Follow the example of many of the visionaries mentioned in this article and think twice before you throw your old board away.

3 thoughts on “Life after deck: Why you should give your old board a new purpose”