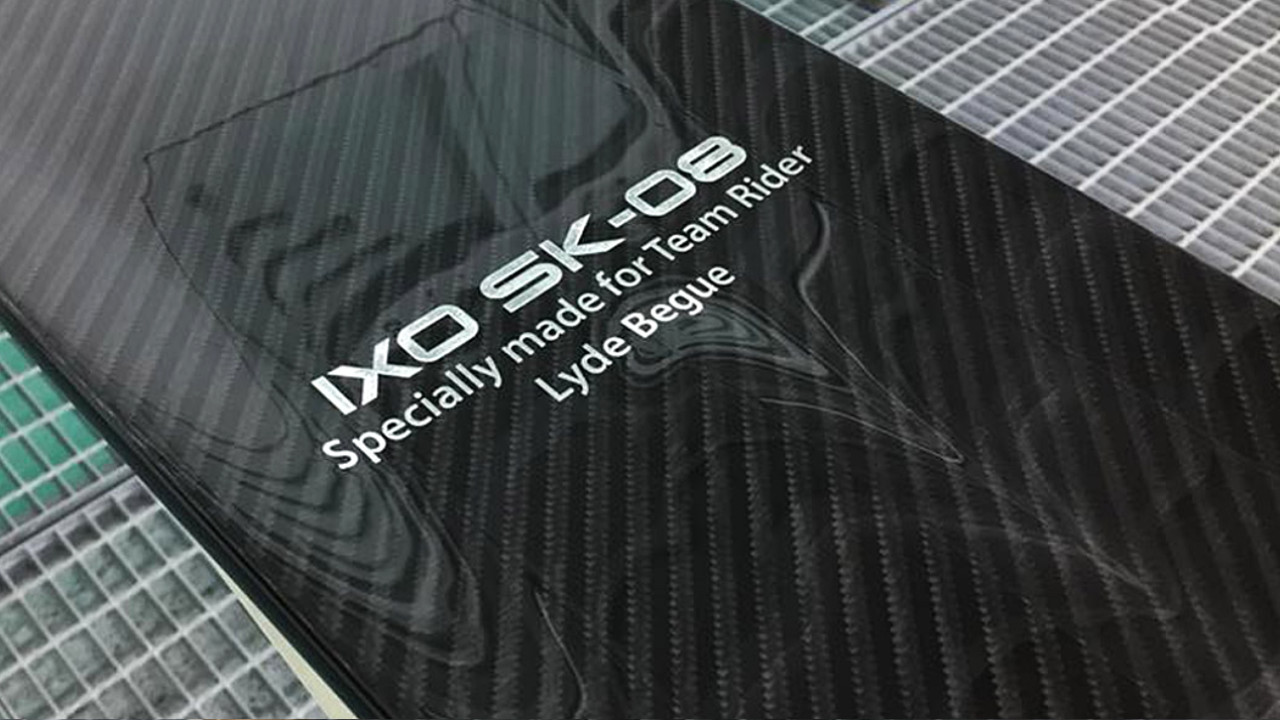 
IXO is a Spanish manufacturer specialized in carbon fiber products, mainly high-end car parts for brands like Spano GTA, Lamborghini, Aston Martin, and Bentley as well as military aircraft parts, but they also list a few high-end downhill skateboards with an average price of 1300 €.
The IXO recently parted ways with Emily Pross when she announced KebbeK Skateboards as her new sponsor, but have soon after welcomed a new female longboarder.
Lyde and IXO made the announcement via social media, presenting her new pro model longboard deck, the IXO SK 08.

We’re very happy of having Lyde on board, she’s a very talented skater but also a fantastic, smiling and kind person.  ~Pedro Sanchez, IXO

Lyde’s pro model deck is personalized according to her wishes and riding style. At IXO they also took into consideration her weight, that is why the IXO SK 08 is expected to be a bit heavier.


The board’s construction consists of 100% carbon fiber surrounding a Nomex honeycomb core, vacuum compacted and cured in an oven.

Roadside the deck is finished off with a special metallic chameleon tint that shows off the carbon fabric underneath, protected by eight layers of high gloss nano-ceramic varnish on both sides and polished twice to reach the high IXO product standard.
For now, the price or release date is not known, so be sure to keep an eye on Lyde during the next racing season.
Photo credits: Lyde Begue and IXO