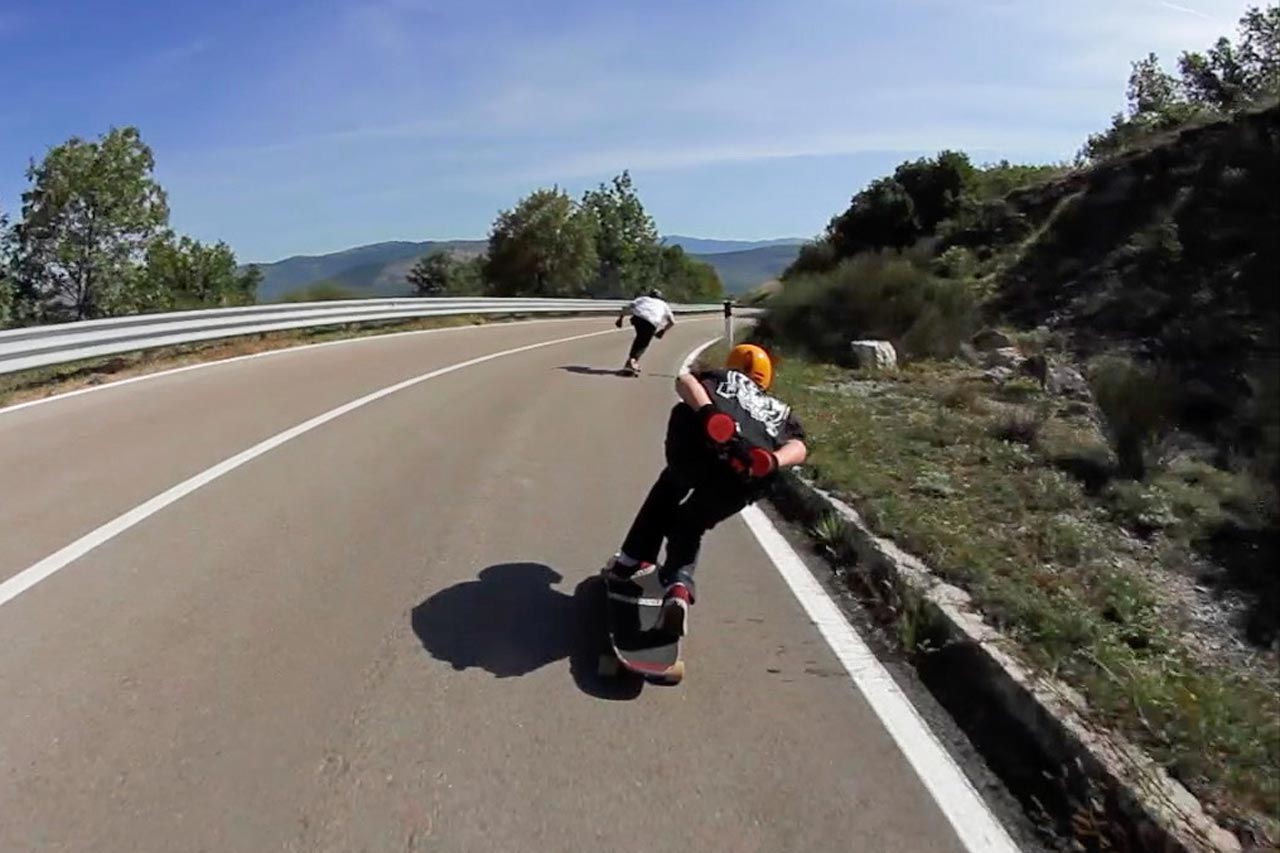 During the summer holidays Mirko Paoloni (@pinguz23) had the chance to hang out with his homies, the Majanal Crew from Rome, Italy. Andrea Cararo, Lorenzo Carosi and Mirko spent most of their time scouting Rome’s surroundings for some new hills and found amazing downhill runs they’ve never skated before. Watch the guys rip and grip while enjoying a classic day up on the hill.