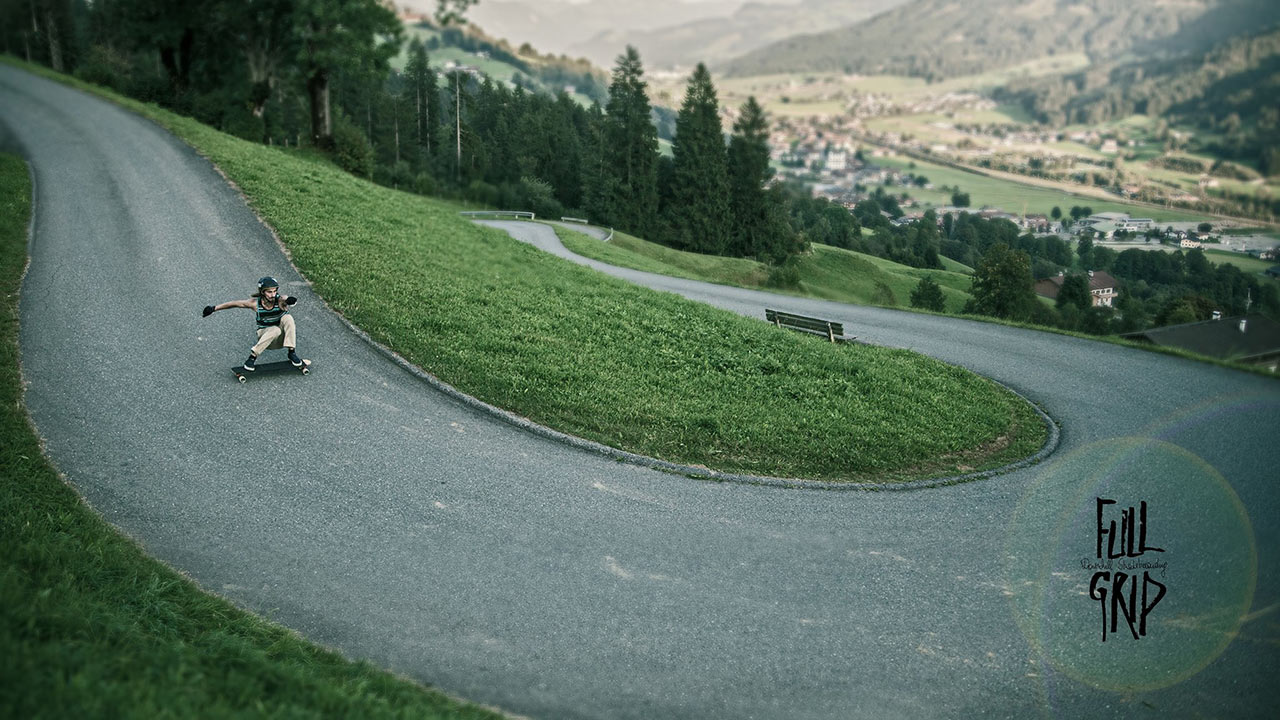 Michael Minks, a skateboarder and videographer, released his first longboard documentary titled PUSH “A Tirol Longboard Documentary” back in 2012.
Narrated by himself, the video featured Austrian longboarders traveling to longboard events, skate sessions and miscellaneous events that happened throughout the filming period.
Have a look at what longboarding was like in Austria 5 years ago for a feeling of how the scene evolved to what it is now.

The motion captured in PUSH showed a different angle of longboarding and a representation of the contrast of how it felt to go to a longboard event besides bombing an early bird run with your best friends.
Well, we all know how longboarding advanced in the last couple of years, bigger slides and faster speeds are all the rage now.
That is why Michael has been working on another documentary for the last two years called PUSH2 “Austrian Downhill Culture” that is set to be released this June.
Here is one of the trailers featuring the Easygoinc and Graveyard Longboards crew on their home territory.

PUSH2 is Michael’s second  independent film made with the help of his close friends. This time, the stars of the show are
Patrick Bartel (Graveyard Longboards),
Julian Marksteiner (Easygoinc Longboards),
Martin Schraeg (Lush Longboards),
Quirin Ilmer (Moonshine Longboards),
the Full Grip Team  and a few other featured riders.
If don’t want to miss the release of PUSH 2, follow the PUSH2 “Austrian Downhill Culture” Facebook page for all the latest information regarding the documentary.