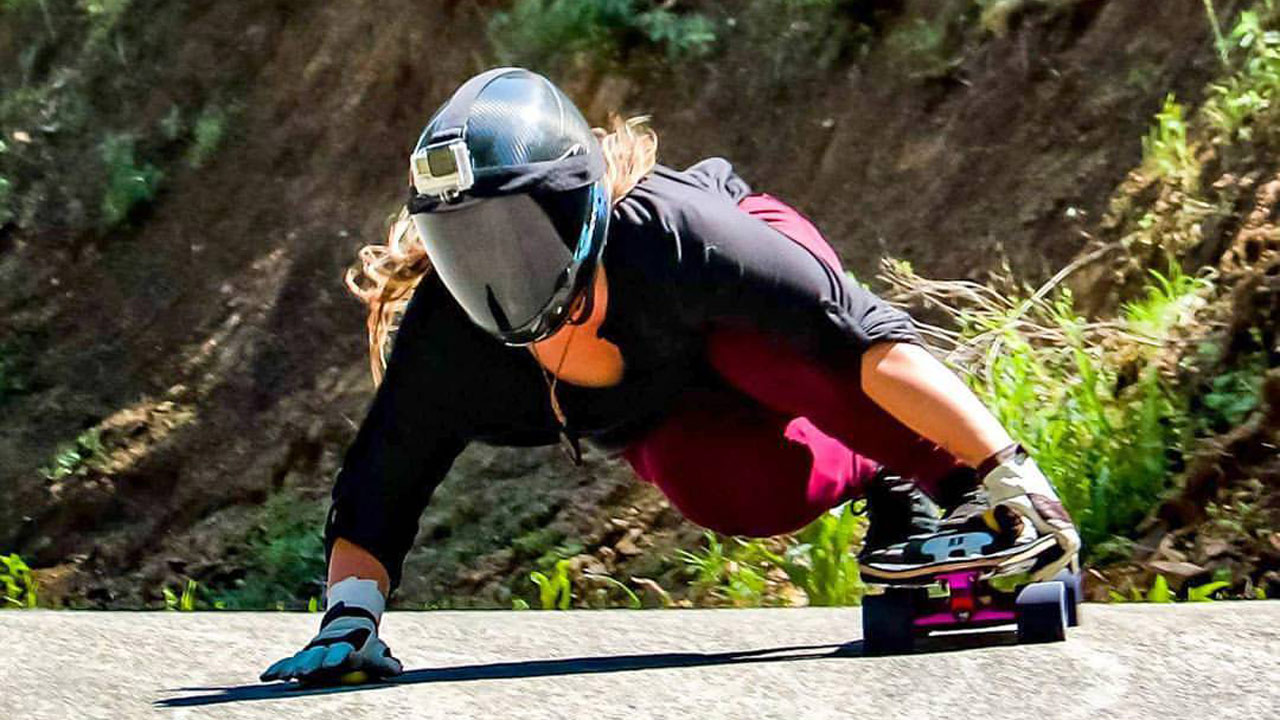 Ever since her first Eurotour, Rachel Bruskoff on average spends a total of three months a year travelling through Europe skating and exploring new places. One of the things she likes most about Europe are the freeride events.

I really love the European scene because I get to explore so many new things at every event that I go to. Each event and country brings so many new things: food, culture, language, roads, etc. and I just love to learn about everywhere I go!

Until now she’s been skating for Landyachts and Hawgs wheels for the past three years and a half, but met Gabriele Franzini and Guilia Uitko last year on her one month trip to Italy. Because of their hospitality and a great friendly connection, Rachel decided she wants to ride for a company where she feels like a part of the family.

This year has been difficult with many companies, and even though I had opportunities with other American companies I decided that I really wanted to help ride for a company where I feel like part of the family. Gabriele opened his arms to me when I visited and he is so welcoming with this partnership.

Her new deck of choice is the Zero 31 Doge longboard deck, which hasn’t hit the stores yet. From what we’ve seen the board features a nice wood – carbon finish, a non symmetrical shape, multiple wheelbase options and micro drops at both ends.


Rachel is currently on a two month trip with Grace Wong, rolling down a bunch of North American national parks and skate events including Central Coast Up’ n’ Down and the Maryhill Spring Freeride. For more about their trip, visit Grace’s blog called Adventures of Grey Swan.
When Rachel is not skating she is out exploring the world and showing off her artistic side expressed through painting, drawing and photography. If you’re keen on seeing more of Rachel’s skating explorations and art visit her new website.
Rachel’s skate adventures are supported by Zero 31, Valkyrie Trucks, Polyboards and Ojoom Pucks.