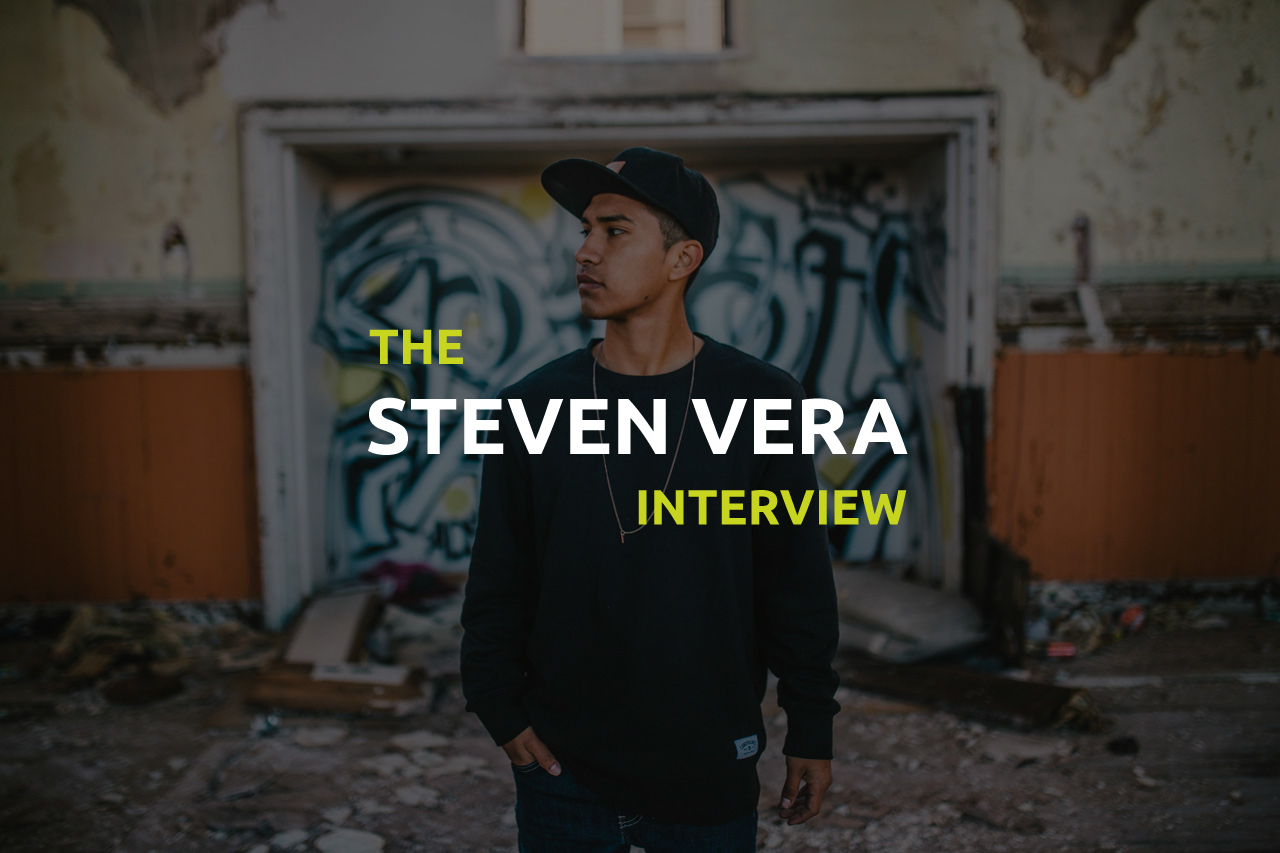 Landyachtz has been around for almost two decades. If you haven’t started longboarding just yesterday, you should know them very well by now, if not, you will get to know them soon enough for sure. Since day one, they’re pushing the scene by contributing with board development as well as supporting many talented skaters around the globe.
The team over at Landyachtz brings together an impressive mixture of personalities and skateboarding skills. Throughout the recent history of downhill skateboarding they’ve gained a well deserved worldwide recognition and have achieved a lot.
However, this year they stepped up the game by inviting Steven Vera to their OG crew, stretching its diversity more than ever.

Vera is American/Ecuadorian by nationality and currently 21 years young, residing in New York, where it all started for him. His positive attitude, diverse skateboarding style and life achievements at such a young age stand out in today’s crowded skateboarding scene. Getting to know and interview him was a great pleasure. Let’s drop in.

His journey on the board began around 5 years ago, back in 2010, while he was in high school in New Jersey. After graduating he moved to Brooklyn, New York for a short period before he started traveling. “The city and its people took me in like family“, he says, hence why he represents the City all the time.

Watching him flipping the board with such precision and so much steeze, one would probably think that he must have had a solid street skateboarding background before getting into longboarding, but he doesn’t. As he says, he loves the concept of skating in the streets though and he thanks the City of New York for that.

Street skating is rad and all but I like having a setup where I can do it all. From tre-flipping off a bank to going straight to DH/Freeride. I also like pushing fast on gusher wheels because when you’re on small hard wheels, chances of reaching from point A to B are not enough, at least for me.

At the time when Vera started longboarding, Bustin was big in Brooklyn and their OG crew (Solomon Lang, Adam Crigler, Cami Best, Marc Rodrigues, Paulie Connor) had a big influence on his drive which started gaining power rapidly. It didn’t take long for Bustin to recognize his huge potential and embrace his creative ways of skating. In 2011, he joined their team.
He had a great time with the Bustin family and he remembers the Broadway Bomb 2012 in NYC as one the raddest times they had together.

These guys took me in like family when I knew nobody in the city and that’s what I liked so much about it, for I didn’t feel like I was only representing the brand at the time, but those OGs who’ve given a positive approach to the community over here in NYC.

Back than, longboarders would often be disliked online by short sighted skaters who couldn’t bare that there’s much more to skateboarding than what they were doing. Vera was no exception, but that never brought him down. As he says, at the end of the day it only made him want to skate his style even more.

Showing his little brother that the possibilities of doing anything is in his reach if he would work hard for, was additional motivation that helped him pave his own way.

Vera had a great time with Bustin, that’s for sure and his role in the company’s marketing was huge. But those days are now over. Talking openly about these things can be hard or somewhat unpleasant. I really appreciate his willingness to share with us the reason why he left, showing that he’s an open and honest person as well.

I left because that good old vibe left a long time ago. And it’s understandable when a company is growing to help out others but in my opinion, you should always remember who backed you up when you started. No beef though, I wish nothing but the best for the company and its riders.

The business of skateboarding

Some skaters have a hard time mixing business with skateboarding. Some might feel that combining the two alienates the reason why they started skating in the first place.

Feeling like being a marketing tool in hands of a businessman can easily lead to a loss of interest for pursuing the career as pro skateboarder. Here’s what Vera thinks about it.

Everyone has a different way of seeing it and for me, I believe skateboarding should somewhat be treated as a business if one wishes to get something back from it. Especially if you’re a company/mag/rider etc that is funding the sport in the progress. Take the Berrics for example, why do you think the future has been bright for them?

But as he points out, balance is the key.

That being said, I also believe you should always try finding the balance in remembering your roots and have fun doing it because at the end of the day, for me at least, seeing a kid of any age, any gender, be hooked on this sport and away from the negativity of this world tells me I’m doing something right.

Vera is grateful for all opportunities he got in every sense of the manner. He’s traveling at a young age, exploring and understanding different cultures. As he’s not taking part in school at the moment, though he feels that this has been his education so far and wouldn’t give it up for the world.
[one_half]

[/one_half_last]
He’s open minded and doesn’t like staying in one field when it comes to making a living. He freelances a lot with modelling gigs, photography and projects he does with the companies he’s sponsored by. He also helps his father with his trucking business back in the east coast.
In addition to that he says:

Hell, I even work in the sponsored companies’ warehouse just because I support my companies’ big time and I always like to know what’s up with the fam!

When he started skateboarding, Vera never expected to do it professionally. Skateboarding has always been his canvas and as any artist with passion for their craft, one likes to perfect it, no matter what, he says.

A bright future with Landyachtz

It’s too soon to talk about it, I guess. But from what we’ve seen so far, Landyacthz is a company that’s loyal to the scene and riders who represent it. They obviously have a great time together and care much for each other so this sounds like a great place for Vera to settle down.

My mission is to, literally, Skate and Explore and get more work done with these guys! They really skate everything! And that’s something I’m really stoked about.

LY Tomahawk 2015 – Vera’s Board of choice.
LY Loco 33 – when he hits the skatepark
LY Drop Carve 37 – when he’s heading to the city for a cruise and want to do a flat ground session
LY Dinghy – Vera’s go-to board when it comes to the store or running errands.

Shoutout to my other sponsors Bear Trucks, Orangatang Wheels and Triple 8 Helmets for always constantly having my back and my parents!