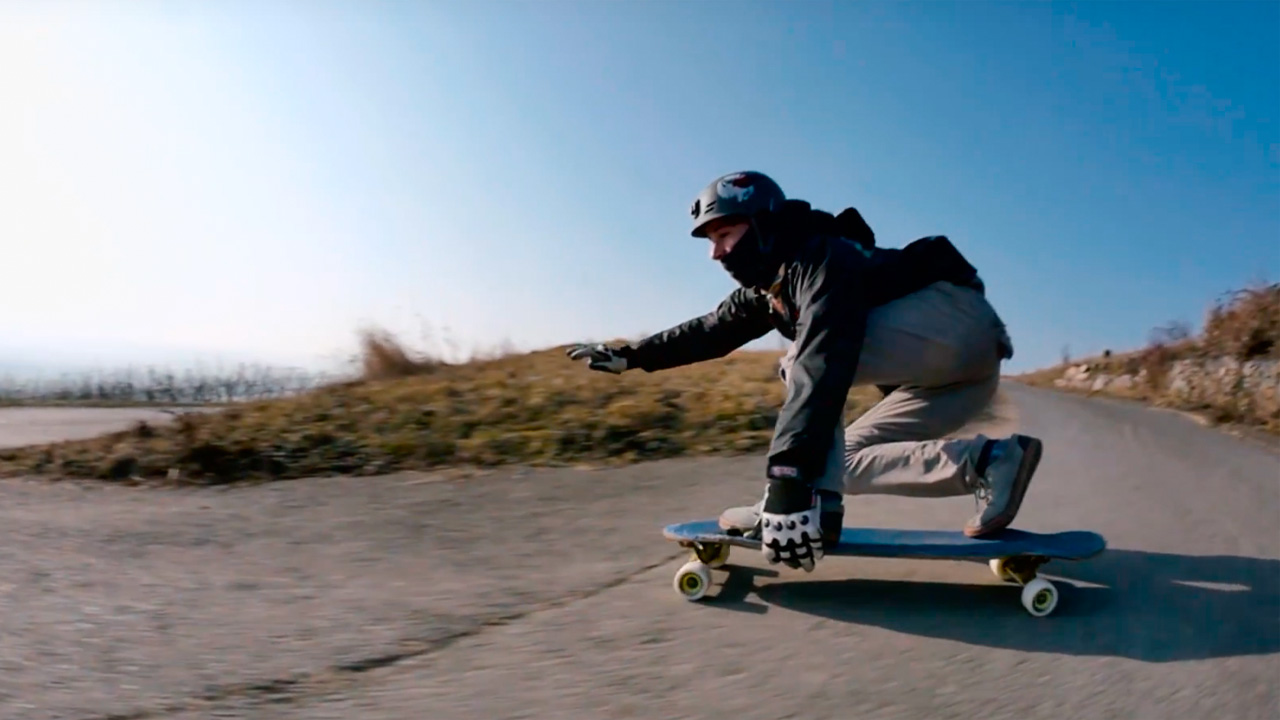 Here we are, only few days until the last day of winter and the first day of spring. Six days later, on March 26th, something even better will happen…
We will switch to “standard time” and move our clocks one hour forward. Actually, our digital devices will most probably take care of it on its own, we’re covered 🙂 What matters the most is that we will get in that extra hour for skating in the afternoons, life will be good again.
Team Heckmeck dudes from Germany are ready to move on as well and wave the cold times goodby, at least for the next 6 months or so…
I caught up with Daniel Lenz via Skype the other day…Him and Moritz Dolainsky live near Munich, while the other two Heckmeck guys, Nils Bodenheimer and Jan Brebeck live near Mainz.


That’s like 400 km apart and 3 to 4 hours drive, but the guys get together to skate, film and have fun as often as possible, mostly on weekends.
Heckmeck’s latests videos, including “Winter Gathering”, prove it; As soon as there was a dry spot on their favorite runs, they went out and sent it…
Related: See more videos from Team Heckmeck
When it was the worst, they packed the stuff and travelled to Italy, down to Lake Garda and even Tuscany, to meet their new friends whom they’ve met at KnK Longboard Camp last year.
They spent time, were hosted by and shared the runs with Andrea Pedrotti, Degenerous Crew and Sborello Team.
As Daniel said; Italy is a big thing right now…Near the Adriatic sea, it offers nice winter downhill skateboarding conditions, especially down in Tuscany and around Genoa.

In case you get inspired to do a similar trip yourself, make sure to get in touch with the local crews and find out where it’s OK and safe to skate. Hopefully you can meet them and skate together, or even get a place to crash for a night or two…
Community spirit lives on…So good.
When I asked about Team Heckmeck’s plans for this season beside the usual shenanigans, Daniel explained that the crew wants to produce more videos that will show their skateboarding lifestyle as well as to expand the variety of action shot angles.
For the travelling part…Daniel and Moritz plan to hit the KnK Week #2 and then probably do “a small tour” through Italy, Switzerland and France, while Nils plans to skate at Alpenrauschen and race the Red Bull No Paws Down during the first week of KnK.
Fun times ahead, for sure. Stay tuned!
Shoutout to Jan Stein for filming with the car, Olson&Hekmati and ::asphaltinstrumente::.