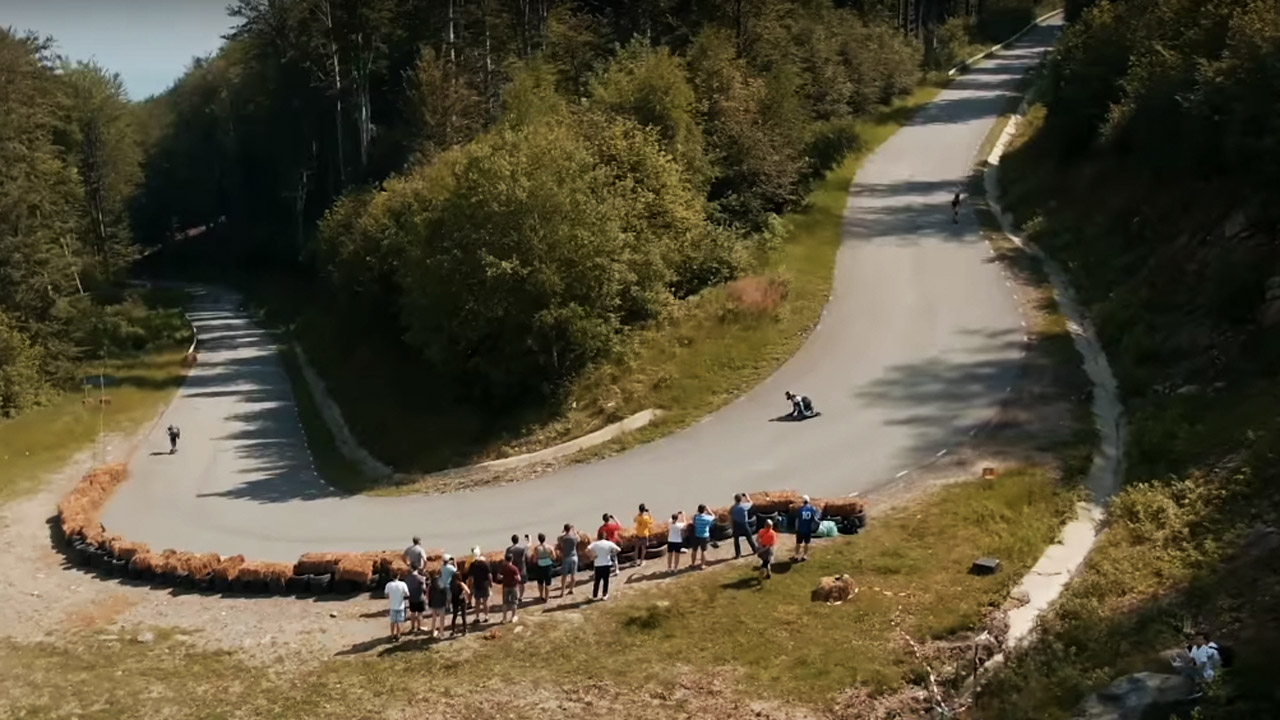 Last summer, the Devastation Longboard Crew from Romania organised their first big event, Transylvania Downhill. 124 riders attended the event for four days and apparently everyone had a great time.
Adi Shor, one of the organisers, says that they received great feedback so far and they expect more people to show up next year.

Quite a few people announced that they’re coming so we will put the limit to 250 riders. Eventually, if needed, we can extend it to 300. 100 riders for the downhill race and 150 just for the freeride. The event will last 6 days and the track will be a bit longer, with 0.7km adding to it by one hairpin on top and two more on the bottom ~ Adi Shor

In addition to the extended riders limit and the total length of 5.2 km for the race, the organisers plan on making additional improvements.
Next year, riders will enjoy Transylvania Downhill for 6 days total. The first day will be reserved for arrivals and registration. The following three days will host the freeride and the final two days, the downhill race. Adi also noted, that they plan on expanding their working crew to help run things smoother.

As per usual, riders will use a gondola as a shuttle. But rather than getting your skate shoes muddy, the paths will be improved with stairs and a nice walking surface.
Furthermore, the crew will also install additional side ramps on the freeride / slide jam area. A halfpipe is also to be expected at the chill zone. In regards to entertainment, the crew will set up a big screen Xbox game projection, videos and other activities. They also have big plans for the party area with the Astronaut Kru Soundsystem.

If you’ve missed their first event, be sure to also check out the Transylvania Downhill 2016 after movie.

For season 2017, the Devastation crew announced three events in total, including:

New to their agenda is Cinics Skate. This downhill competition by the Lake Cinicis, features a 3 km long downhill track including sweapers and a top speed of over 80 km/h. This event is manly dedicated to locals, as a national championship stage, but everyone is welcome to join the fun.

The Romanian crew also has another event up their sleeve, the Transylvania Freeride. Held in Pasul Valcan, on the same mountain as their Downhill edition, but on a different ski resort. As the most hardcore race track the crew ever skated, this 4 km long track has the steepest point of 25 %.
To stay on track with Transylvania Downhill and other events, follow the event’s Facebook page or visit the official event website at transylvaniadownhill.com.